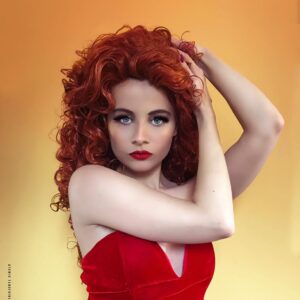 Enterteasement’s Comedy! Magic! Burlesque! show on August 6th is sure to be another night to remember!  Featuring As Seen On TV performers and award winners it’s no wonder our shows have been regularly sellout out for the last 9 years and have a 4.7 star average customer rating online.

August is always an extra special show because it has all the highlights of going to the fringe without all the hassle of heading over to Edinburgh.  We normal

RAYMOND MEARNS
Raymond headlines all over the UK and has several TV & radio appearances including the Limmy Show & Rab C Nesbitt. He has been been described as “A Genuine Improvisational Genius” by Frankie Boyle and Billy Connolly said: “A man that knows how to swear properly”
BILLY KIRKWOOD
He’s Back!! MCs come in all different shapes and sizes; but Billy Kirkwood was tailor made for Enterteasement. His energy, playfulness and passion make him an Enterteasement legend. When he’s not with us, Billy’s hosts at the most prestigious comedy clubs, presenting music festivals & ICW wrestling (don’t you just hate multitalented people)
GRAHAM STEWART
Madcap comedy magic from one of the most entertaining comedians on the Scottish Comedy Circuit. Graham has had multiple sold out shows at The Glasgow Comedy Festival and regularly works a the biggest comedy clubs in Scotland.
TOM CROSBIE
Tom is a Nerd! Whether you love or hate nerds, there’s one thing for sure nerds do stuff the rest of us could only dream of.
He’s had many 5 star reviews and he’ll
leave you scratching your head and laughing at the same time. A must see act…especially if you like rubic’s cubes.
​
AYA L’STORM
Aya L’Storm is a feisty neo-burlesque powerhouse, guaranteed to delight and astonish audiences with her signature blend of dance training, alluring striptease and stunning veil work. Aya won first place in Rock With The Foxes Alternative Cabaret Battle 2021 and was featured in the Burlesque Hall of Fame Virtual Weekender 2021.
FAE WILDFYRE
Fae Wildfyre is an exciting burlesque performer who brings drama and seduction to the stage with her storytelling style. She is a graduate of London’s leading school of burlesque, The Cheek of It, under the tutelage of Miss Burlesque UK, Evelyn Carnate.
Cart
Please follow & like us :)
Up Coming Events