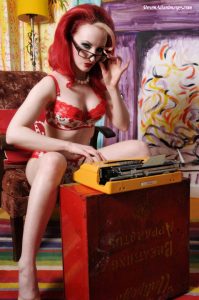 BACK!!  And we’re back with a bang!  If you’re looking for a great night out that’s got that ‘something different’ factor then checkout Enterteasement, Glasgow’s Comedy! Magic! Burlesque Show.  We proudly boasting a 4.7 star average customer rating and have a reputation as one of the fasting selling shows anywhere in Scotland.

PAUL PIRIE
Our International Headliner is Paul Pirie – a comedy legend who’s headlined everywhere from UK to  Australia (not bad considering he’s from Dundee).  Expect intelligent, vibrant comedy with a hint of the surreal.

The man, the myth the legend.  Multiple winner of ‘Best Compere in Scotland’ Billy is an all time Enterteasement favourite.  He’s appeared on BBC, ITV, Radio and has been described as one of the funniest comedians in the UK.

One of the North Of England’s rising stars of comedy!  After his first gig he was highly praised by none other than David Baddiel and in 2020 he was nominated for ‘Best New Online Comedian’.

VENDETTA VAIN
Vendetta Vain is an award winning, International burlesque star.  She has performed all over Europe and studied performance in New York.  Once seen, never forgotten.

Pin-up model and burlesque star, Mini Blue, merges vintage burlesque with a unique modern twist.  She has been a top performer all over Scotland and performed at The O2 ABC and at The Scottish Tattoo Convention