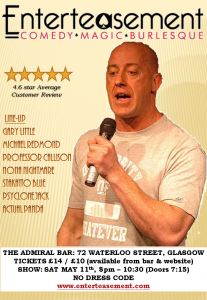 Online Ticketing for Enterteasement – Comedy! Magic! Burlesque May 11th powered by Eventbrite
Cart
Please follow & like us :)
Up Coming Events