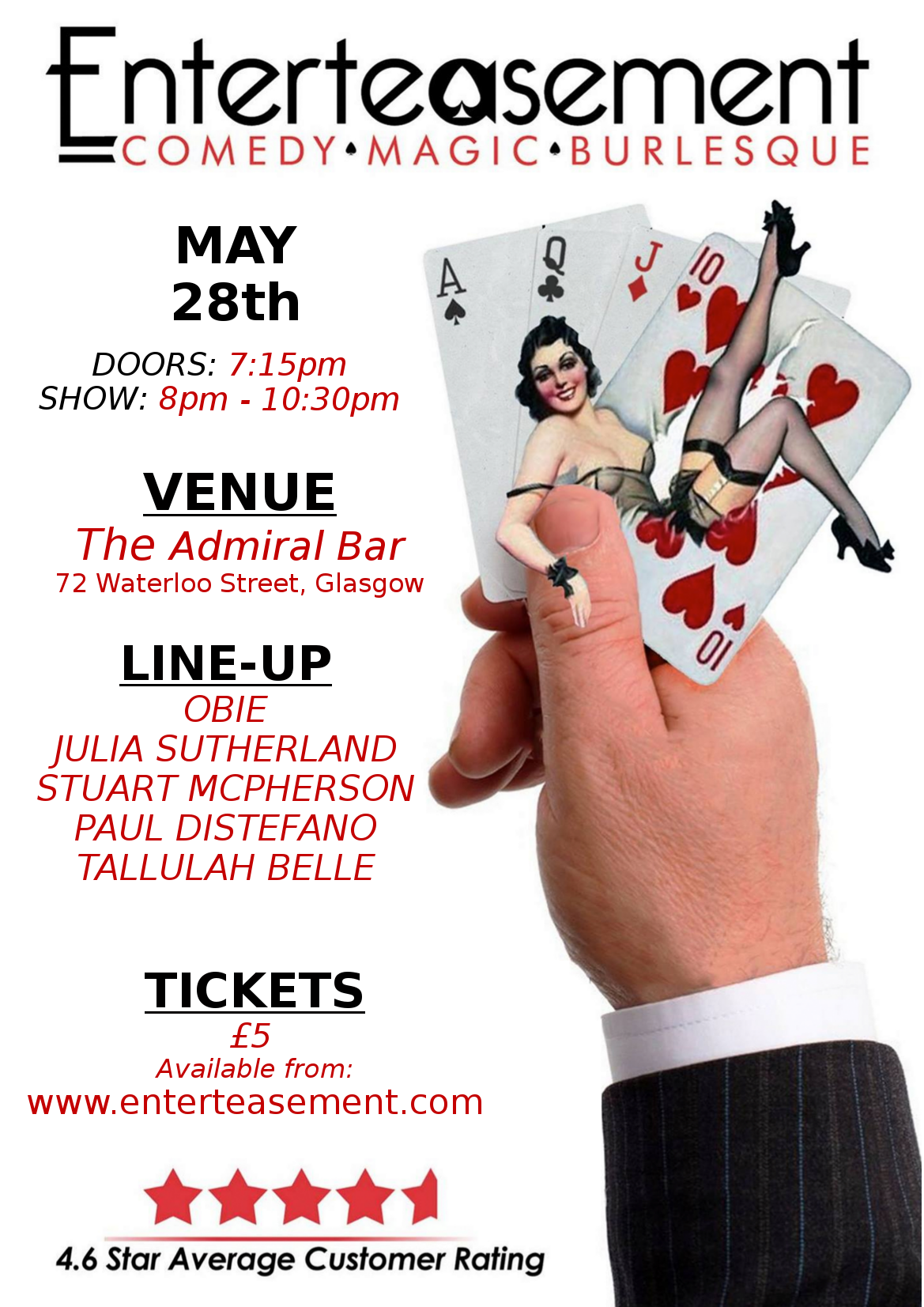 Enterteasement has decided to put on a last minute COMEDY! MAGIC! BURLESQUE! show at The Admiral Bar.  Our shows are normally £14 but we’re offering this one time only show for £5!

So come on down, spread the word, bring your friends and have a cracking night for £5!

Scotland’s answer to Milton Jones! Obie is a Scottish comedy legend who is highly regarded as one of the most naturally talented comedians on the circuit today.  He will take you on a surreal journey filled with laughter.

After over a decade at the BBC as a producer/presenter, Julia now performs stand-up all over the country, She has appeared on BBC Scotland alongside Rory Bremner and has been described as:

Stuart is one of the most exciting new talents in Scottish Comedy.   Less than twelve months into his comedy career he won ‘Best Newcomer’ at The 2016 Scottish Comedy Awards.

International magician from the USA is currently residing in the UK where he has entertained such celebrities as Leona Lewis.

“Paul is charismatic  and has great stage presence.” URI GELLER

A Miss Scottish Pin-Up Finalist in 2015.  Our fiery red head burst onto the Scottish burlesque scene in 2015 and has become one of the most popular new acts on the Scotland Burlesque scene.