If you’re looking for a good night out that’s a little bit different then you’re in safe hands.  Enterteasement reviews on Facebook and Trip Advisor reviews are all 5 star and they’ve recently won ‘Best Comedy Night In Scotland’ at The Scottish Comedy Awards.

Tickets (Including 99p booking fee)
THIS EVENT HAS NOW SOLD OUT!! There will be no tickets available online or on the door thankyou. 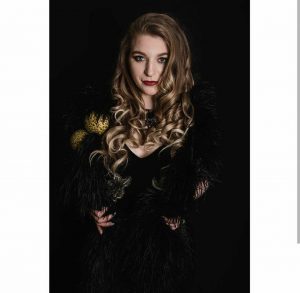 If you’re looking for a good night out that’s a little bit different then you’re in safe hands.  Enterteasement reviews on Facebook and Trip Advisor reviews are all 5 star and they’ve recently won ‘Best Comedy Night In Scotland’ at The Scottish Comedy Awards.

If you’re looking for a good night out that’s a little bit different Our comedy! magic! burlesque! show on May11th is going to be a cracker! We’re bringing back two of our all time best performers to Entertain you plus a whole host of other headliners from around the UK.  This is not a show to be missed. 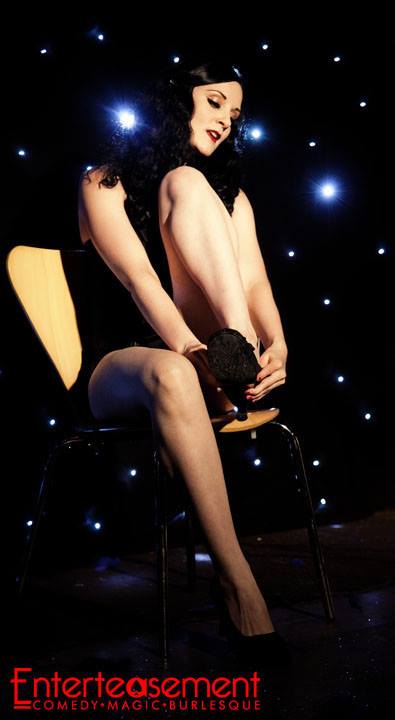 The Glasgow Comedy Festival is Europe’s largest comedy festival. So obviously we just had to get involved and put our show up against some of the very best shows out there.

We’re people who love all facets of live entertainment. We’ve always loved comedy….but why stop at just comedy when you can have a truly unique night out? By adding a bit of magic and burlesque to our line-up, you’re sure to be walking into the office on Monday Morning with the most unique story of the weekend.

Burlesque comes from the Italian word burla which means ‘a joke, ridicule or mockery’. Burlesque is often a story telling parady ending with a flash of some nipple tassles.

Think Harry Potter, David Blane, Dynamo, Derren Brown and you’re on the right lines. It makes your mind spin but we keep it fairly light-hearted. 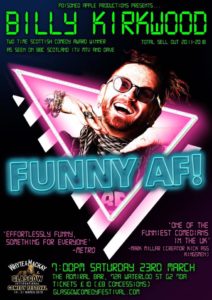 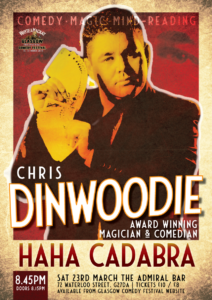 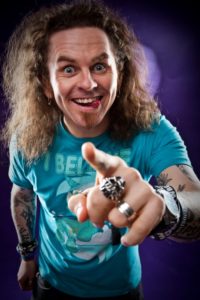 Spring into action this March with Enterteasement’s Comedy! Magic! Burlesque! show. Featuring ‘As Seen On TV Comedians, International Burlesque acts and award winning magic & mind-reading all right in the Center of Glasgow.   All held together with everyone’s favourite compere – Billy Kirkwood!!

We’re about 95% seated and seats are allocated on a first come, first serve basis.  We’ve never had anyone struggle to get seats who arrive when the doors open (7:20) however, if you would like to guarantee you are seated together you can either reserve a table or some VIP seats (limited)

Enterteasement’s Comedy! Magic! Burlesque! show will be presenting a show right before Valentines day on Saturday February 9th! So if you’re looking for something to do in Glasgow that’s a little bit different then you’re in luck.  You can tell your date, friend(s) etc,

Hey, I’ve found this show.  It’s been nominated for ‘Best Comedy Show in Scotland’, ‘Best Variety in Scotland’ and ‘Best Comedy Venue’ and it’s not just a comedy show, they have burlesque and magic as well.  It’s got a 5 star rating on Facebook and it sell our every month – fancy it?

If they say “yes” then you’ll have a cracking night.  If they say “no”, it might be time to start looking for someone with a bit more fun about them

Neary Sold Out!  On Friday night we only had 12 tickets remaining so get them now while you can, if it says sold out – it’s sold out sorry.

Ticket problems – We’ve has some issues with the tickets not downloading this month.  You can just show a confirmation on your phone or print off your ticket confirmation that would be great.  Sorry for the confusion

We’re about 95% seated and seats are allocated on a first come, first serve basis.  We’ve never had anyone struggle to get seats who arrive when the doors open (7:20) however, if you would like to guarantee you are seated together you can either reserve a table or some VIP seats (limited). Update, VIP now sold out.  Please contact us if you have a disability and don’t have a VIP TICKET.

Are you looking for a night out with the wow factor?  Well  here at Enterteasement we our mix of comedy, magic and burlesque have many people saying it’s the best night out in Glasgow!  Now, I know we’re biased but we have an average 5 star rating on facebook, we have more regulars at all our shows than any other club and our shows have been selling out upto 7 days before the doors open…so must be doing something right.

This is an extra special show.  It’s our 7th birthday and 7 should be a lucky number as we’ve secured some of the very best performers in the UK to entertain us including 2 x Scottish Comedian Of The Year Winners.

Note:  This show is on the third Saturday Of the Month – not the second Saturday that we’re normally on

Looking for food – checkout The Admiral Bar’s menu and special deals on 2 for 1 pizzas. 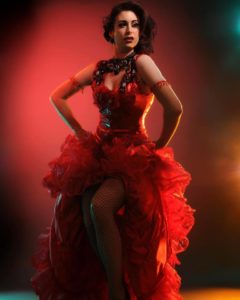 There are many shows in Glasgow on May 12th but there’s nothing quite like ours.  We’re combining three hilarious comedians, two of the North Of Englands top rated burlesque dancers and an International Master Magician.  Not only that, you’ll be welcomed by our friendly staff who, if you’re lucky, will give you a free chocolate and hugs.

The Admiral Bar is in two sections. Upstairs is The Bar & Restaurant and downstairs is the function room where Enterteasement lives.

If you’d like to have dinner,  we highly recommend the two for one pizza deal or the award winning Mac & Cheese .  They do some of the best pub grub in Glasgow.  We advise you book your food at The Admiral no later than 6:15pm.  Any questions about food should be directed to the Admiral.

There are two tables that hold 6 x 10 people.  These are ideal if you’re looking for birthday parties, hen nights, office parties.  However, before you book please read our group etiquette page as we want to make sure everyone has a good night.

Our show finishes at 10:30pm and at 11pm the doors open for Pretty Ugly – One of Glasgow’s hottest nightclubs. I think it’s only £5 entry and if you message them beforehand they can save you a space.

Glasgow’s monthly Comedy Magic Burlesque show has moved to the first Saturday of the month for one month only so on April 7th you can see an all star cast of: award winners, ‘As Seen On TV’ performers and International stars.

Best known for his part in Father Ted where he played Father Stone.
He is an Irish Comedy Legend with numerous TV appearances and has been described by Stewart Lee as having “The Greatest Opening Line Ever!”

Crowned ‘Scottish Comedian Of The Year 2016’. Bruce is a top rated comedian / after dinner speaker who has just returned from a comedy tour of Australia.

The BBC described Gareth as “One of the fastest rising stars of the Scottish comedy circuit” and it’s no wonder as he’s already been a 2 x finalist in the Scottish Comedian Of the Year Contest and has toured with Tom Stade, Kathryn Ryan, Daniel Sloss and Love Island’s Iain Stirling.

After 6 years of trying to book David, we’ve finally managed to temp him onto the Enterteasement stage. This award winning magician & entertainer combines his natural, relaxed style combined with some unbelievable feats of magic that will take you on a journey leaving you entertained, amazed…and wanting more.

Katie Crossbones is an International burlesque performer who has performed all over the world. Her claims to fame include; being a regular performer for Club Noir (The Biggest Burlesque Club in The world) and performing onstage at the Hydro with the Libertines. This will be Katie’s highly anticipated Enterteasement debut

This multiple award winning International burlesque performer won ‘Burlesque Idol Scotland 2016’ and came 2nd runner-up for the British Newcomer Crown at The World Burlesque Games. She’s now one of the most in demand performers in the UK and produces her own sell out show.